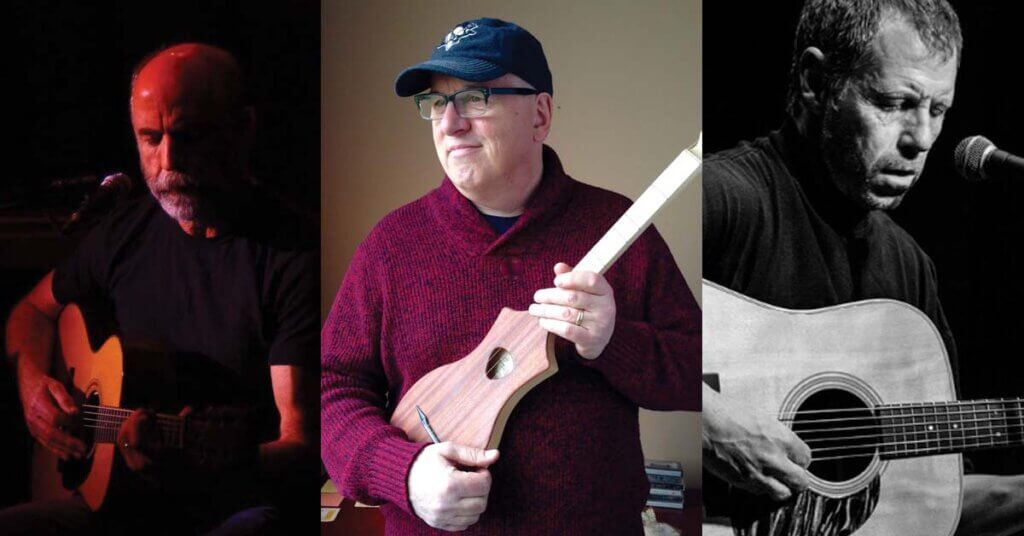 Natalie’s presents a special night of music featuring some of the best singer-songwriters in Ohio. Bruce Dalzell, the patriarch of the Athens music scene, will host as well as perform, along with Vince Trocchia and Scott Minar. Dalzell is a craftsman, constructing delicate and thoughtful folk tunes that cut through all the pretense of the modern music industry to hit listeners at their core. Although his catalogue of tunes is not without dark or mournful underpinnings, his songs always glow out of that dark night, with soft but steady warmth. Among his many credits are appearances on “Mountain Stage with Larry Groce.

As a singer/songwriter, Vince Trocchia is a talent on the rise.  Part poet, part storyteller, with a voice that hits straight at the heart, his original work resonates with all audiences.  A regular performer in Nashville and popular small venues in Ohio, Trocchias lyrics capture real life moments, both carefree and poignant, in rich melodies that stay with you.  When he isn’t writing or performing, Vince’s current project is restoring his Victorian-era cottage in Lancaster, Ohio.

Scott Minar was a founding member—with Craig Goodwin and Bruce Dalzell—of Athens, Ohio’s legendary bar-band and trio, The Kings of Hollywood. He has been a singer-songwriter in Ohio and the Northeast U.S. for decades. Scott was the founding Director of the Songwriter’s Workshop for the Chautauqua Literary Festival in upstate New York where he and Bruce conducted the first songwriting instruction in the literary festival’s history. He is Professor Emeritus of English at Ohio University where he taught creative writing and literature for the last twenty-one years.