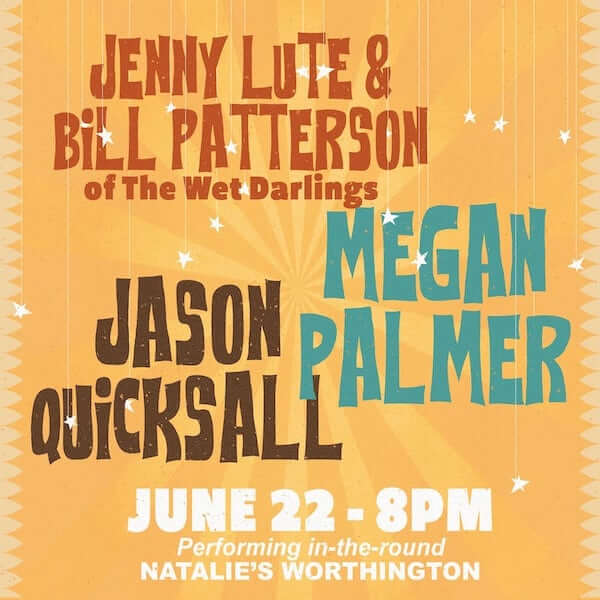 Jenny Lute and Bill Patterson make up the vocals and guitar of Columbus, Ohio faves, The Wet Darlings. Known for a tight & mighty live set and millions of streams of their recorded catalog, they surprisingly haven’t been on stage together for 5 years. Rare appearances aside, their last full-length album “Beautiful Things” still holds up to its name.

Columbus natives Megan Palmer and Jason Quicksall, now residing in Nashville TN, are thrilled to be back at Natalie’s to reclaim the Cowtown Round. Palmer released “Take Good Care” last year, an EP she wrote with fellow nurse colleagues. Quicksall has been gigging around Music City and perfecting his BBQ sauce on the side.

Joining this fine group of songwriters will be a very special surprise guest you won’t want to miss!