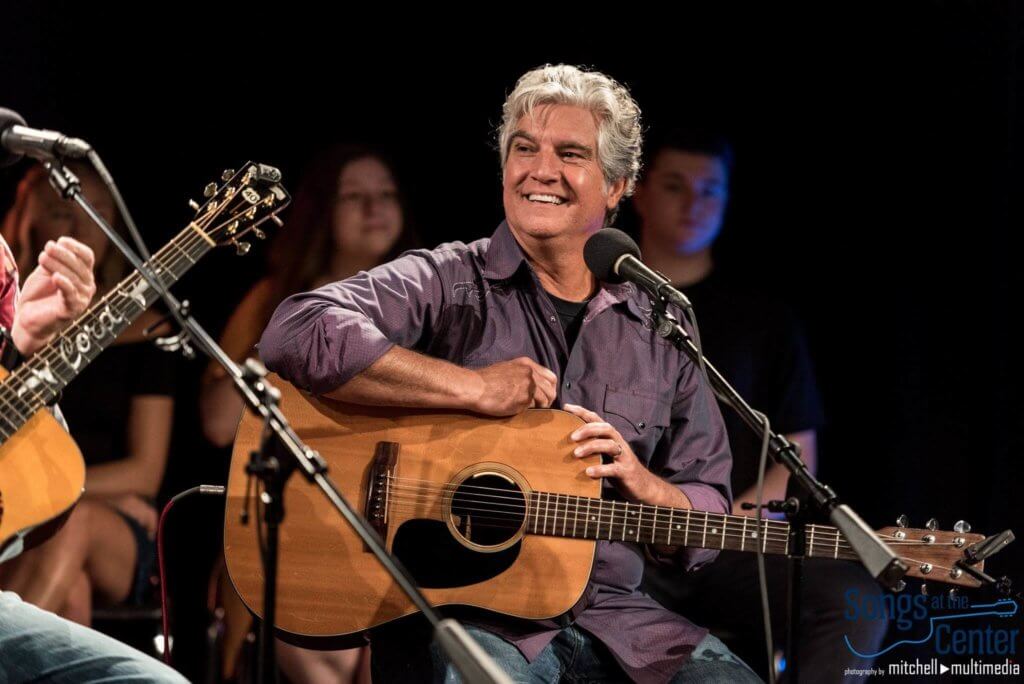 In 1982, no sooner had Jerry graduated from Ohio University than he moved to Nashville, where he has become “One of Music Row’s greatest veteran tunesmiths,” according to Billboard. Jerry’s awards are numerous, including GRAMMYs, a Dove Award, and Songwriter of the Year honors from both SESAC and the International Bluegrass Music Association.

A three-time guest on American Public Television’s Songs at the Center, Jerry has had more than 500 songs recorded, selling-in excess of 17 million records worldwide. Jerry has written multiple hits in country, bluegrass, and Gospel music and may well be the most successful songwriter to have earned equal recognition from all three genres of music.

He also wrote “His Strength Is Perfect,” which garnered him a Dove Award for Inspirational Song of the Year in 2003. Co-written and recorded by Steven Curtis Chapman, the song earned such respect and popularity that it is now included in the Baptist Hymnal.

Jerry’s latest bluegrass album, Front Porch Philosophy, released in 2017, is packed with 12 new songs, all written or co-written by Jerry with some of the best bluegrass writers and artists in the business. The first single from the album, “The Night Flatt & Scruggs Played Carnegie Hall,” debuted on the bluegrass charts at #11, and climbed to the #1 spot in April 2018, while “The Son in Your Eyes” landed at #61 on the bluegrass Gospel charts. Another notable song, and the newest single off of the album, “Thin Blue Line,” has gained success and attention on the Web.

Multi-GRAMMY Award winning producer, musician and songwriter, Carl Jackson, says: “Jerry is not only a friend, in the truest sense of the word, he is also a songwriter’s songwriter – an artist that completely understands the idea of ‘painting a picture’ using the marriage of lyric and rhyme; someone that fully grasps the art of crafting a song, rather than throwing words against the page. His paintbrush is a pen, his canvas a legal pad, and his goal always another masterpiece.”

With Carl, Jerry sometimes teams up with Larry Cordle (“Murder on Music Row”) to perform as The Trio, which recorded, “You’re Running Wild,” on the Louvin Brothers Tribute on Universal South Records. Entitled Livin’, Lovin’, Losin’ – Songs Of the Louvin Brothers, the album features numerous country music stars singing songs made famous by the legendary duo. The project won the 2003 GRAMMY for Country Album Of The Year.

Not only a world-class songwriter, Jerry is also committed to numerous causes, including Country Cares for St. Jude Kids. His appearance at Songwriter Showcase coincides with his annual local appearance, with The Trio, at Musicians Against Childhood Cancer.

Host Eric Gnezda is the creator of Songs at the Center, the Columbus-based series that is syndicated to nearly 200 stations coast-to-coast. A regular performer at Nashville’s famous venue for songwriters, The Bluebird Café, Eric was awarded the Ohioana Citation for Music Composition in 2006. His latest CD is Songs of Hope in a Changing World.