The Carpenter Ants with Debra James Tucker and Eric Gnezda 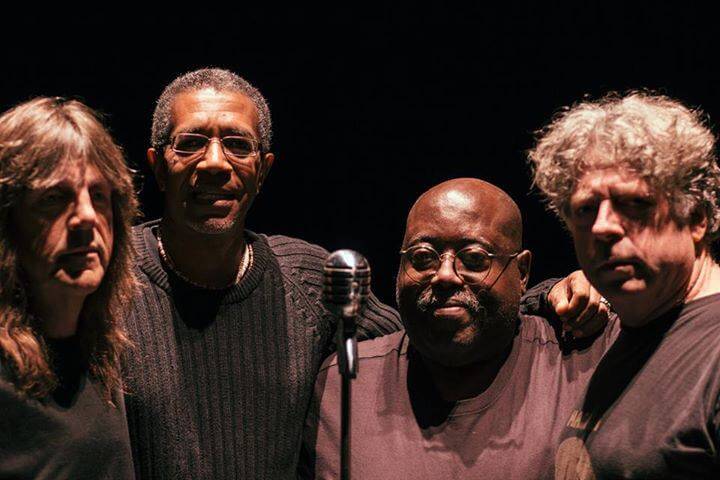 Natalie’s is proud to present The Carpenter Ants in concert, along with very special guests Debra James Tucker and Eric Gnezda. Even the best bands come and go but the Carpenter Ants, West Virginia’s premier rhythm & blues group, have been around – with virtually the same lineup – for over 25 years. After more than 2,000 performances, the band never fails to have a good time – and that feeling is contagious. The Ants – guitarist Michael Lipton, drummer Jupiter Little, bassist Ted Harrison and vocalist/saxophonist Charlie Tee – have quietly amassed a resume that rivals many national groups. The group’s trademark country-soul sound – rich, soulful harmonies, stinging solos and a rock-solid rhythm section – captures that rare, loose-but-tight feel, and has won the band international as well as regional fans. Thanks to Lipton’s two decade-long association with the internationally syndicated radio show Mountain Stage as both house guitarist and engineering assistant, a long, varied list of players have sat in at after-show jams for sets that ping-pong from rock ’n’ roll and blues to country and gospel.

The unique sound of vocalist Debra James Tucker is a product of extensive training in jazz, classical and gospel music.  The style flowing the wild timbre of her big range is entirely her own thing. She is the writer/performer of the one woman show Survival of the Boulevard Singer—winner of an Ohio Arts Council Award for Individual Excellence, has been visiting instructor at Denison University in the history of African American Gospel Music, and an artist in residence with a number of youth arts organizations

Eric Gnezda is the creator and host of the nationally syndicated music television series Songs at the Center. A regular performer at The Bluebird Café in Nashville, Eric was awarded the Ohioana Citation for Music Composition, joining Michael Feinstein, Jorma Kaukonen and Chip Davis. His latest single, North of 50, was recorded with the Carpenter Ants.