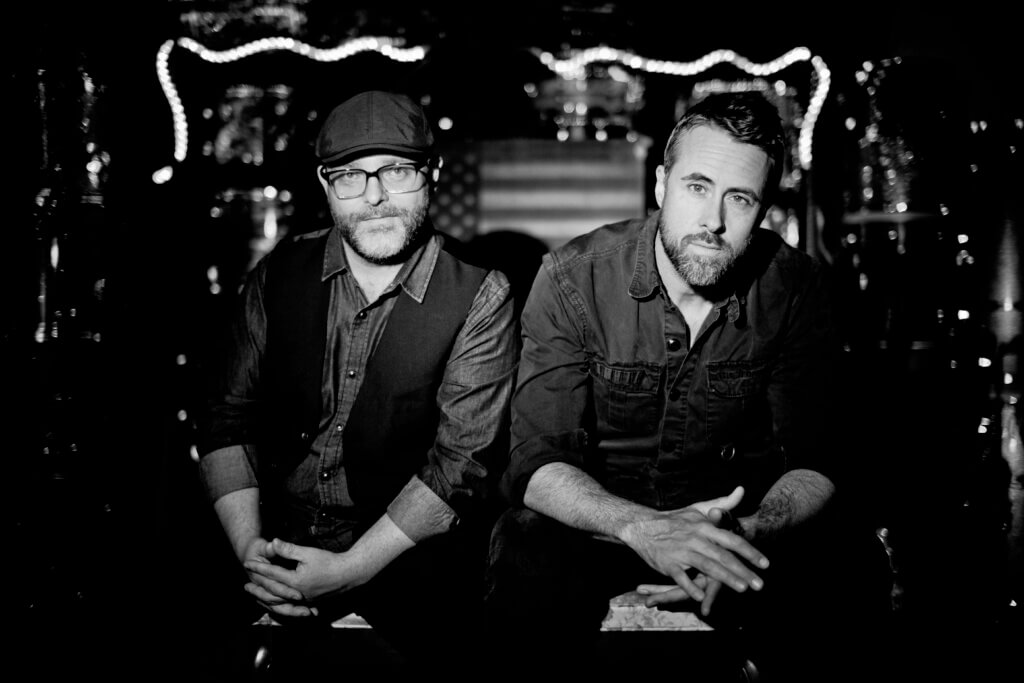 Together as Americana/folk rock band The Contenders, Jay Nash and Josh Day make the sort of music found in the intricate and varied tapestry that is real Americana—full of grit, with a steady heartbeat and a hint of honky-tonk—writing songs that speak of wanderers and highways, lovers and losers, good times and missed chances, all of it with a ferocity born of hard work and honed skill. The Contenders follow up their 2014 EP release, Meet The Contenders, with their first full-length studio album, Laughing with the Reckless, and this new recording is very much about the perseverance of hope in dark times along with the powerful connection of music, old friends, and loved ones, all delivered with a wry and wistful narrative. Dear friend and fellow troubadour Joey Ryan of The Milk Carton Kids has said that it is not just an album of “infectious rhythms and sublime two-part harmonies,” but one that conveys a balance of hope with a unique and powerful sense of heartbreak. So, sit back, pour yourself a glass of something good and meet The Contenders.

Lady luck had introduced singer songwriter Jay Nash and singer and drummer Josh Day in Los Angeles over a decade ago when they bonded over a shared love of The Band, roots music, and a sacred admiration for the great American songbook. Jay Nash’s music is like the river that raised him—strong and deep, with a little bit of lullaby and a big damn current. For the last decade, he’s journeyed the U.S. and Europe solo, selling over 60,000 records without ever putting ink on a conventional record deal. Hailing from the sweet, sticky hill country of North Carolina, Josh Day brings a percussive virtuosity that shapes the music and supports the vocals. With unusual creativity and fine-boned craftsmanship, Day has that special something that resonates with audiences and always feels a bit like a party. Be it playing bluegrass with the Kruger Brothers, roots rock with John Oates, touring with Sara Bareilles, or drumming for Jennifer Nettles, Day keeps it steadfast honest, just what one would expect from a man who plays with so much heart.