screening of the film “Greetings From Austin” begins at 8 pm 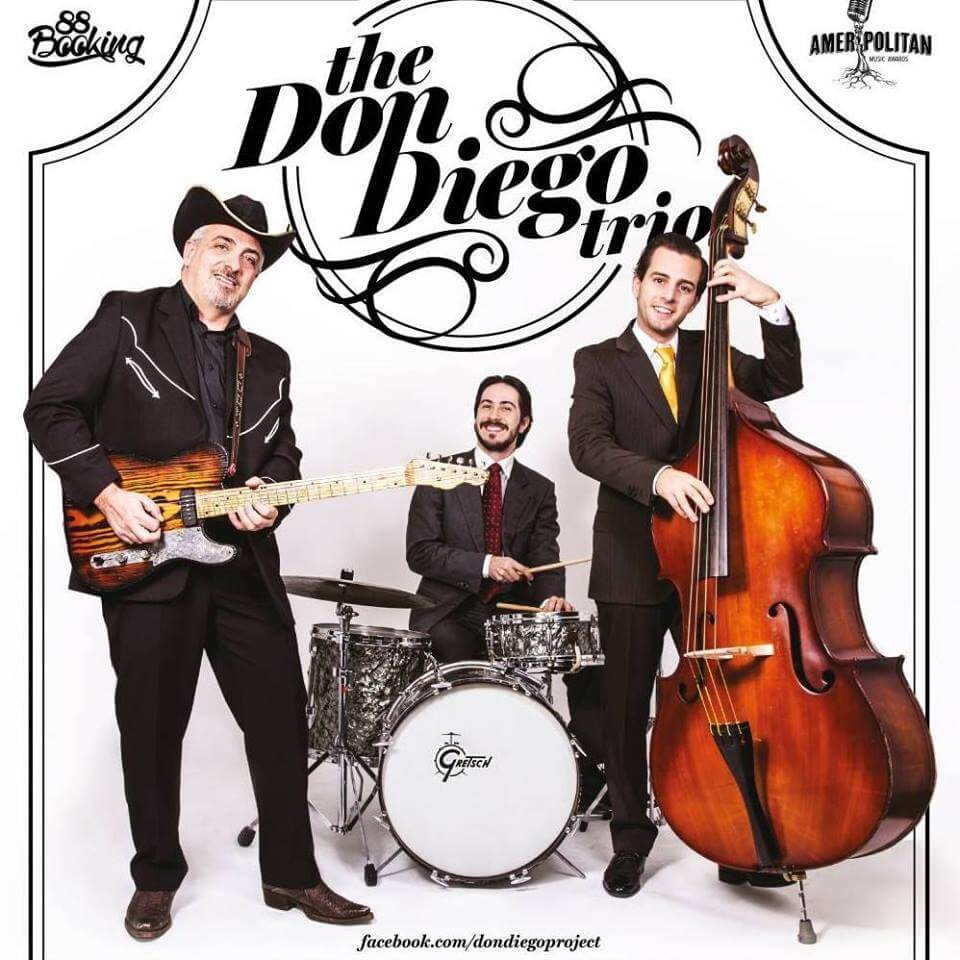 The Don Diego Trio, along with special guest Mark Gamsjager from the Lustre Kings, take the stage at Natalie’s for a night of rockabilly music not to be missed! With a distinctive swagger and charm, these Italian cowboy heroes have staked their unique claim on rockabilly music. “Don” Diego Geraci developed his signature sound for over 20 years with the Sicilian band “The Adels”, blending a mix of classic rockabilly, 60s country, and honky tonk. Alongside “The Don”, is the tight and always danceable rhythm section of Luca Chiappara (double bass) and Marco Mamo Betti (drums).

Their fourth album, “Greetings from Austin” (El Toro Records – Spain), was recorded live in Austin at the Ameripolitan Recording Studio, owned by Dale Watson. The Don Diego Trio has been nominated three years in a row for the “Best Rockabilly Band” at the Ameripolitan Music Awards. Their Sicilian-Texan rockabilly odyssey has been captured in the award-winning film “Greetings from Austin” by filmmaker Vittorio Bongiorno, which will be shown at 8pm before the show. View the trailer here: vimeo.com/272961679 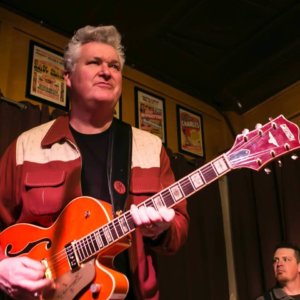 Beginning in 1995, “Mark Gamsjager Rocks & The Lustre Kings Roll” created a modern take on the reverb-driven sounds of early rock, while also leaning on touchstones of country, blues and R&B. Other artists, like the famed “Queen of Rock,” Wanda Jackson, hear the authenticity in The Lustre Kings. Perhaps that’s why she hired Gamsjager and the group as her backing unit for many tours: “I have worked with many bands around the world through the years,” Jackson says, “and none are better than Mark Gamsjager and The Lustre Kings. Their fine showmanship and musical ability make them the greatest in my book. They rock!!”