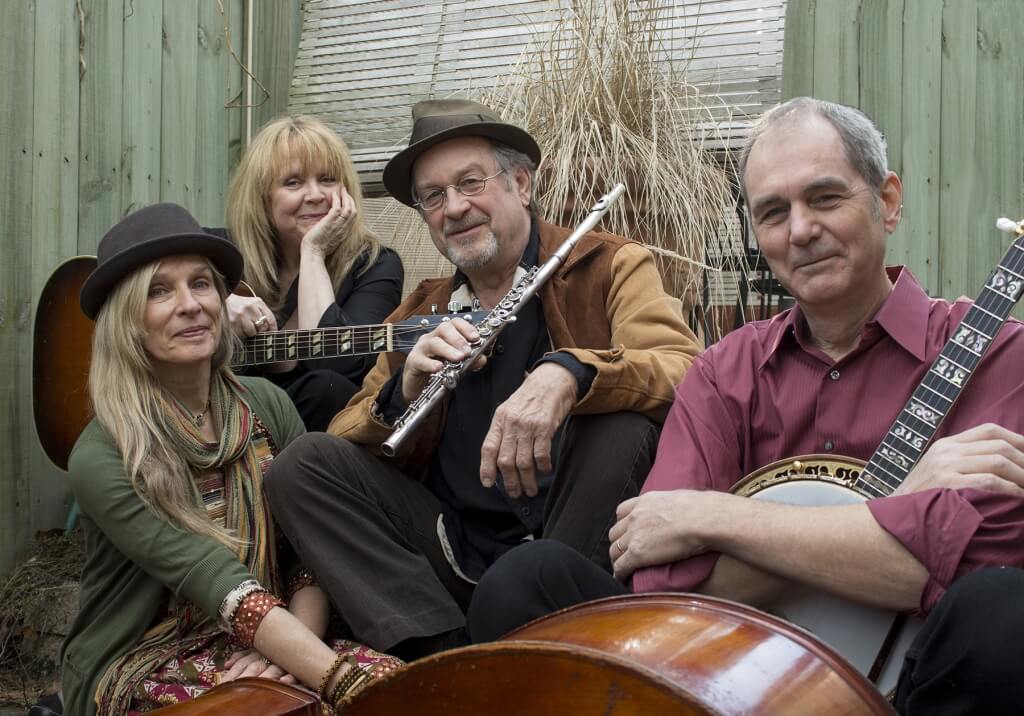 The Elements are Rick Good and Sharon Leahy, and Michael and Sandy Bashaw.The nexus of these four artists combine choreographer, composer, dancer, director, musician, playwright, sculptor, singer and songwriter. Playing the songs of Woody Guthrie, Bob Dylan, Bruce Springsteen, Roger Miller, The Beatles, The Stones, and The Carter Family, among others; along with their own, smart original material, The Elementsare drawn to melodies, harmonies and rhythms that call out to them with a feeling generated or a memory triggered, regardless of where they come from.

Rick Goodwas a founding member of the notorious Hotmud Family, a co-director and performer with Rhythm in Shoes for twenty-three years and a 2010, Ohio Heritage Fellow. He is recognized and respected for his accomplished banjo playing, heartfelt singing and crafty songwriting.

Sharon Leahydanced and toured with the Green Grass Cloggers for several years, worked as a dancer in New York City through the 1980s, then moved to Ohio to co-direct and perform with Rhythm in Shoes for twenty-three years. Sharon’s love and understanding of music and dance is clearly seen and heard through her award-winning choreography, artful singing and driving rhythm on guitar and bass.

Multi-instrumentalist/composer Sandy Bashawbegan her professional musical career at the age of 18, recording an album for the Vanguard Recording Society in New York City. With acoustic guitar as her main instrument, she has developed a driving, percussive guitar technique as well as a distinctive finger style. In recent years Sandy has, along with her husband Michael, composed and recorded several musical scores for documentary films, and has co-produced two music videos celebrating multi-cultural music and musicians in Dayton, Ohio. She also plays guitar and sings with the eclectic ensemble, Puzzle of Light.

Sculptor/musician Michael Bashawis well known for his Sound Sculpture concerts, sound installations and collaborations, appearing in a variety of venues and events across the U.S. He plays flutes, harmonicas and percussion with the ensemble Puzzle of Light. Michael has been commissioned for public art/installations, and his work also appears in numerous private collections. His musical sculpture Sound Chamberin Troy Ohio is listed in the online Smithsonian Collection. Michael is the 2012 Ohio Arts Council Governor’s Award winner in the category of Individual Artist.