The Farmer and Adele 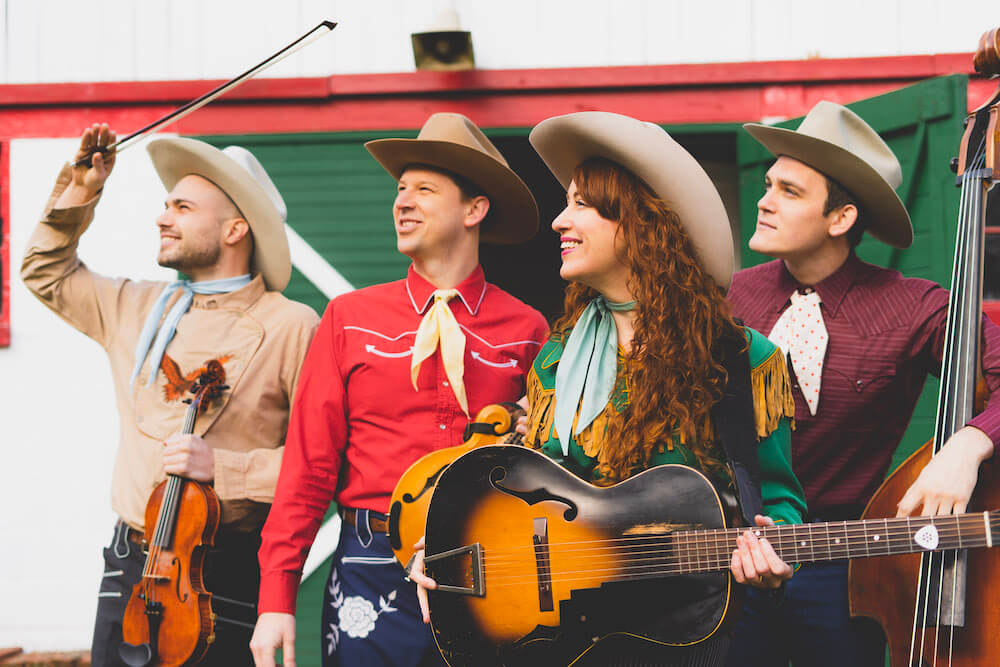 The band’s debut effort, Into the Wide Open Sky, combines original compositions rooted in familiar styles of the American landscape. Traces of classic country, jazz and Tin Pan Alley songwriting interweave throughout the group’s top-notch musicianship. The record also features a collaborative guest appearance from Grammy Award-winning western swing icons Riders In The Sky, who back the band throughout the album’s eight tracks.

The Farmer & Adele also host their own daily radio show. “On The Trail with The Farmer & Adele” features cuts of classic tunes and original songs performed by the band. The segment regularly brings in guest hosts who share a love of cowboy music including Ranger Doug of Riders In The Sky, Lisa Sutton (Lynn Anderson’s daughter), and Reluctant Cowboy Chris Bauer, among others. The show is sponsored by D’Addario and airs worldwide every morning on WSM Route 650 Americana. The band is also featured regularly on 650 AM WSM as the house band during the station’s Grand Ole Opry pre-show and live radio spot coverage.

The Farmer & Adele have also quickly rooted themselves into the fabric of music communities near and far. Into the Wide Open Sky was selected to be featured as part of Nashville Public Library’s Boombox series, a closely curated music collection highlighting the best artists in Nashville. Most recently, the band was nomination by the Ameripolitan Music Awards for Best Western Swing Group. Also, their annual Country and Western Christmas Party tour is a beloved tradition that travels annually nationwide, featuring classic Christmas tunes, original holiday songs and their own take on The Nutcracker with a western swing twist.