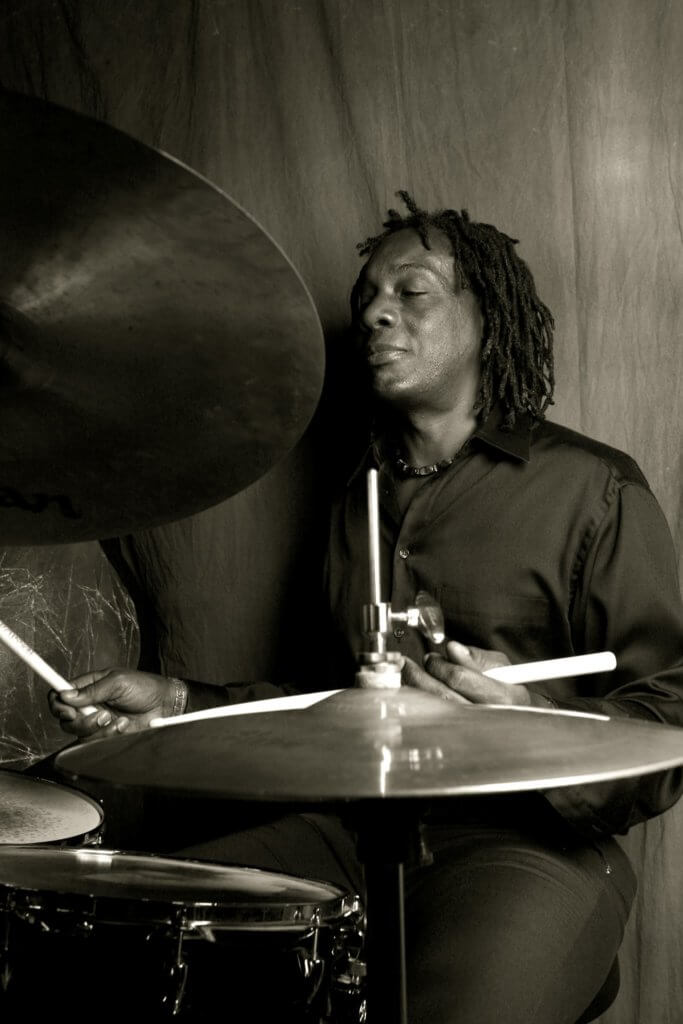 The Governor presents a very special live recording concert of John Coltrane’s Love Supreme, featuring Robert Mason on piano, Robert Dove on sax and Dean Hulett on bass. The Governor is a well-known musician who has appeared over the years with jazz piano virtuoso Geoff Tyus, as well as with organ masters Hank Marr, Bobby Pierce, Bobby Floyd, and going on the road with blues legend Willie Pooch with Dave Workman on guitar. Also, credits include gigs with Monty Alexander and Gap Mangione, while sharing the stage with the likes of Nancy Wilson, Grover Washington and Clark Terry. His music training was at Capital University, where he earned a B.S. in Music Education, which lead to him becoming the music director at Central High School in Columbus for four years. Since forming The Governor, gigs with Stan Smith, & Lil Red and the Rooster, as well as a five-year gig as a show band and jazz trio drummer on Carnival Cruise Line, provided a wealth of diverse musical styles to learn from and incorporate into his performances.