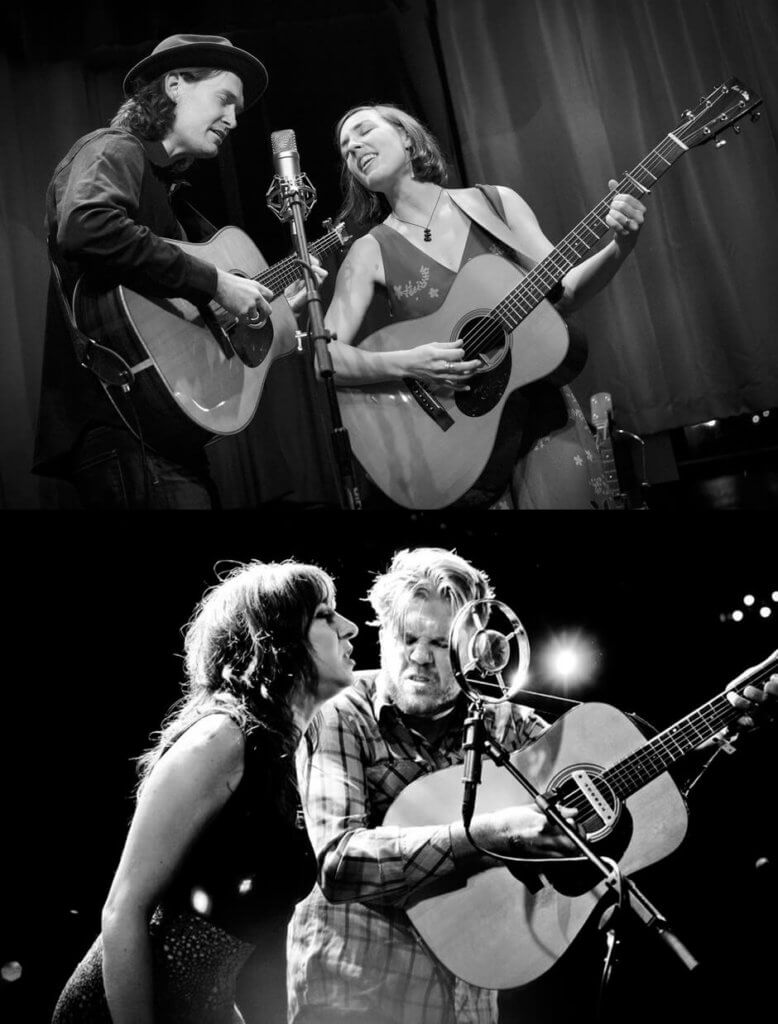 The Honey Dewdrops return to Natalie’s to share the evening with the duo Freddy & Francine. Laura Wortman and Kagey Parrish are celebrating their 9th year of touring full time as The Honey Dewdrops, having played stages and festivals far and wide in North America and Europe.  Freddy & Francine are full-time musicians with three full-length albums and two EPs, with a new Nashville-recorded EP on the way.

The Honey Dewdrops feature tight harmonies and a musical ensemble that includes clawhammer banjo,  mandolin and guitars,  and the effect is to leave listeners with only what matters:  the heart of the song and clarity over ornamentation. After leaving their home base of Virginia and living on the road for 2 years, Laura and Kagey now call Baltimore, Maryland home and it’s where they wrote and recorded their fourth full-length album, Tangled Country.  The Honey Dewdrops have a busy year ahead of them with festival appearances across the country and a new record on the horizon (slated for release Spring of 2019) along with their first UK tour in Jan/Feb 2019.

To the casual observer, Freddy & Francine seem safely cemented as a folk duo. They got the look. The soulful harmonies. The folk circuit bookings — over 150 a year, including the legendary Telluride Bluegrass Festival. They’re even getting married. Cute. Even their act’s name is cute. You could make a movie about it. Someone probably has.

But Freddy & Francine (their actual names are Lee Ferris and Bianca Caruso) aren’t interested in acting, or genres, or talking or not talking about their relationship. They’ve done all that. They’ve even recently left their longtime home of Los Angeles for Nashville. And they’ve never looked more like themselves. “We just want to play music all the time and we don’t care about the rest of the bullshit,” Ferris said.