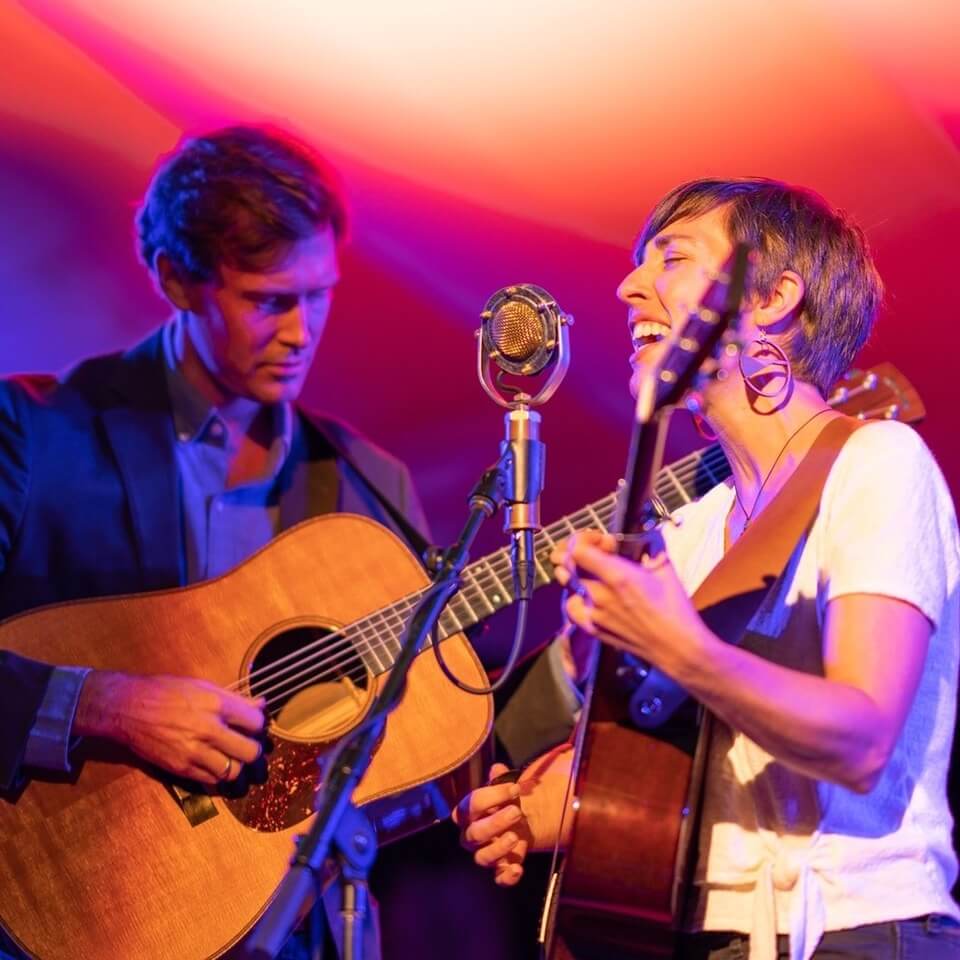 Laura Wortman and Kagey Parrish, together known as Americana duo The Honey Dewdrops, have long felt the push and pull between their original roots in the Appalachian mountains of Virginia and their current home in Baltimore, Maryland. It is in the sound of their harmony-soaked songs, blended with the tones of guitar, banjo, and mandolin and also in the group’s songwriting, which reflects the beautiful and hard realities of today. Artistically, Wortman and Parrish are inspired by American folk and traditional music and their sound expands on that style and showcases the dynamism and intimacy of musical duos.

The Honey Dewdrops have released six albums and toured internationally since 2009, with over a thousand shows under their belts on stages such as A Prairie Home Companion, Merlefest, Celtic Connections (Glasgow, SCO) and the Bluegrass Jamboree (Germany). The duo’s latest collection of songs, Anyone Can See, was released in March 2019. Baltimore Magazine says “…their sincere, stripped down songwriting is just the kind of music we need more of.” Laura and Kagey are working on a new recording project set for release in late 2021.