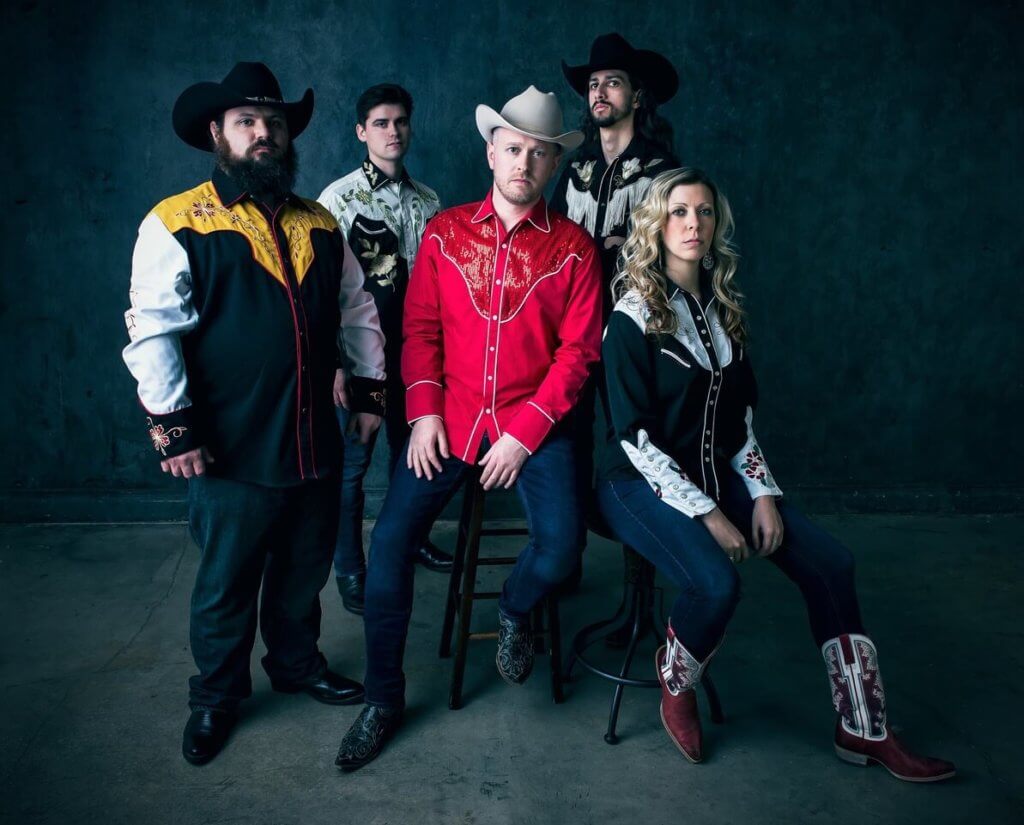 The Shootouts return to Natalie’s stage fresh off the excitement of being nominated for Best Honky Tonk Group at the 2020 Ameripolitan Awards! Their debut album, Quick Draw, spent nine weeks on the Americana Radio Album Chart and is an effortless blend of high-energy honky-tonk and traditional country music mixed with touches of Americana and western swing. The band marries a blend of Roy Orbison and Bob Wills with the barn-burning sounds of Marty Stuart & His Fabulous Superlatives and Dwight Yoakam. The combination offers a welcome throwback to sounds that flowed out of Nashville, Texas and California in country music’s golden years.

Based out of Akron, Ohio, The Shootouts were formed when founding members Humbert and Poston bonded over a mutual love of heartfelt, authentic country music. While the two were busy performing Humbert’s original pop-rock songs, they often discussed the idea of starting a new band to tap into this passion, and the band played their first show in October 2016. It was meant to be a side project for Humbert, but he soon realized there was much more in-store.

The heart of the group lies within Humbert and Bates, who have been performing together for more than 15 years. The Shootouts have shared the stage with a veritable who’s who of artists including The Nitty Gritty Dirt Band, Jim Lauderdale, Marty Stuart & His Fabulous Superlatives, Kim Richey, Elvis Costello, Robbie Fulks, Radney Foster, Zac Brown Band, Chris Isaak, The Subdudes and more.