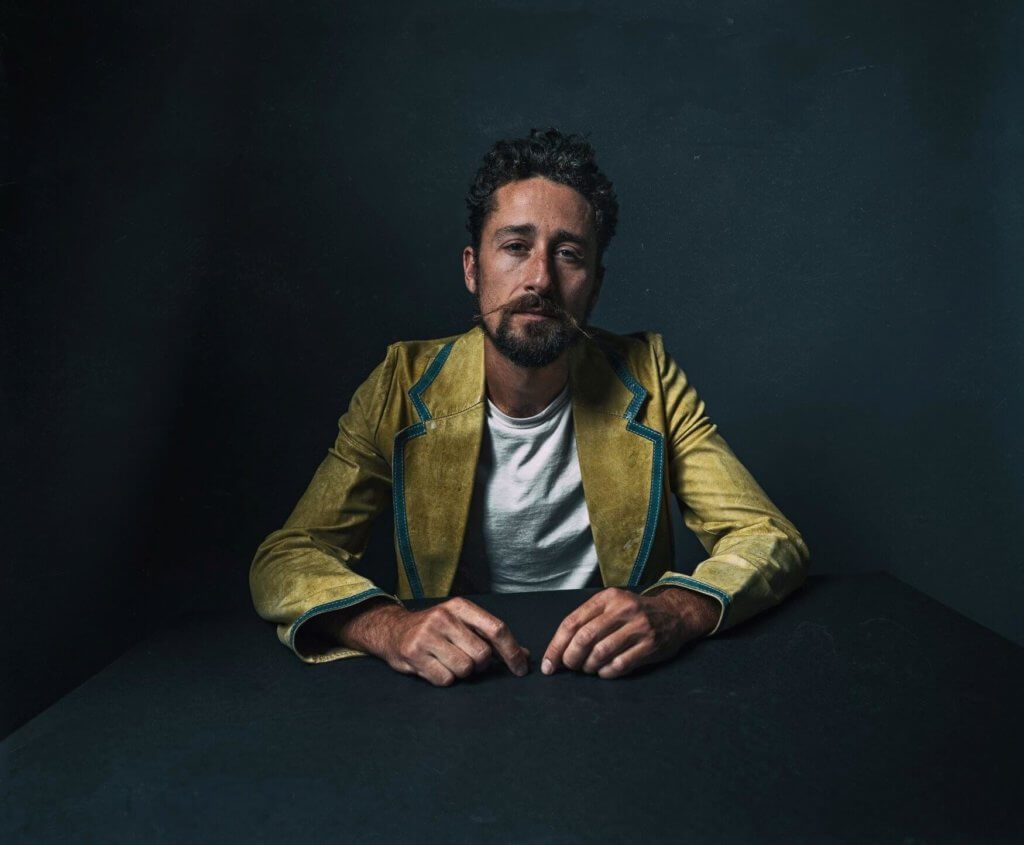 The Suitcase Junket, Matt Lorenz: artist, tinkerer, swamp yankee, one-man band, returns to Natalie’s to celebrate the release of his latest album, Mean Dog, Trampoline. His is the road-worn voice rising over the grind of a tube-amped dumpster guitar, with wild double pitches of throat singing. This latest album is populated by characters in various states of reverie: leaning on jukeboxes, loitering on dance floors, lying on the bottoms of empty swimming pools in the sun. Despite being deeply attuned to the chaos of the world, singer/songwriter/ multi-instrumentalist Matt Lorenz imbues those moments with joyful wonder, an endless infatuation with life’s most subtle mysteries. And as its songs alight on everything from Joan Jett to moonshine to runaway kites, Mean Dog, Trampoline makes an undeniable case for infinite curiosity as a potent antidote to jadedness and despair.

“I’ve been blessed in my career as a producer to have worked with some remarkable artists, but I have never worked with anyone quite like Matt Lorenz / The Suitcase Junket. Besides making the complexity of everything he does look effortless, he’s a truly gifted singer and and amazing songwriter. We had a blast making this record and I’m anxious to share it with the world.” Steve Berlin