The Ultimate Doors: Tribute to Jim Morrison & The Doors 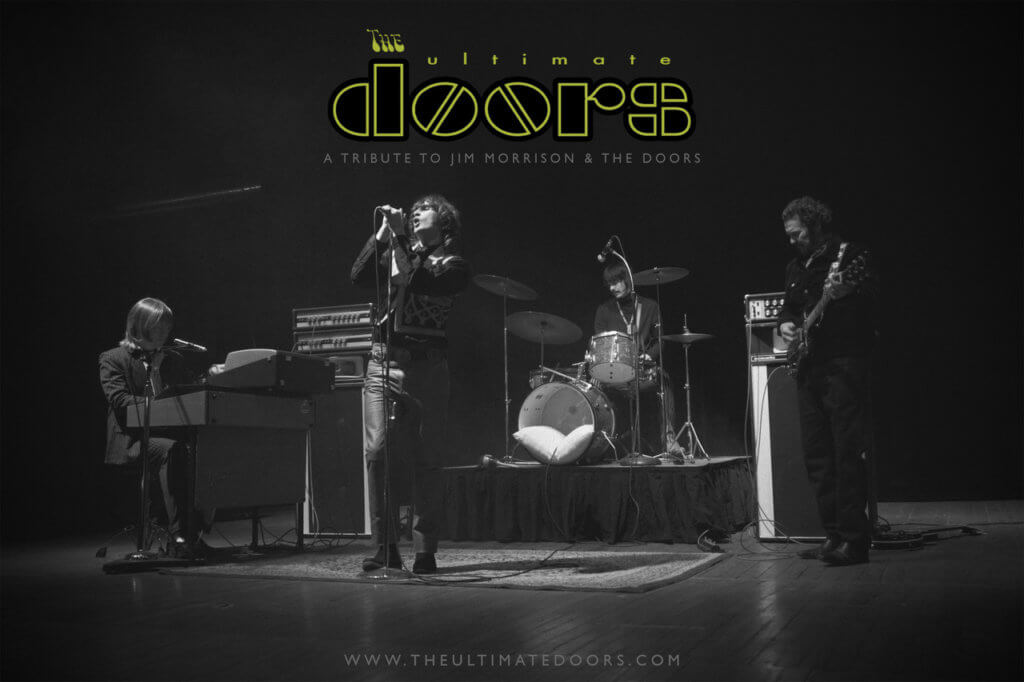 ***Please note: All shows at Natalie’s currently have socially distanced table seating, and masks are required except while eating and drinking at tables. The Ultimate Doors was formed with the intention of preserving The Doors’ music and performances as well as bringing an authentic experience to the old and the new generations of Doors fans. With great attention to detail, The Ultimate Doors provide their audiences with an authentic looking and sounding tribute to Jim Morrison & The Doors. From Jim Morrison’s leather outfits all the way down to the color of the microphone cable, The Ultimate Doors leaves no stone unturned in bringing an authentic Doors tribute show to the stage.

Front and center, taking on the role of Jim Morrison is Nash Stover, who doesn’t take his job of being Jim lightly. From Jim’s vocals and stage persona to every detail of Jim’s ever-changing fashion sense, Nash deeply respects every part of Jim’s legacy. On the Gibson SG and playing the role of Robby Krieger is Todd Huffman, a longtime Doors fan who has always considered Krieger to be the most underrated guitar player of all time. Manning the Gibson G- 101 organ while keeping the low end going on the Fender Rhodes piano bass is Nate Shaw. Maintaining the thumping bass with his left hand and the snarling organ with his right, Nate really appreciates every ounce of talent that Ray Manzarek had. On the Mod Orange Ludwig Downbeat kit, taking on the role of John Densmore is Jordyn Huffman, who learned to play drums to Doors albums when he was a teenager and has considered John Densmore to be the best drummer of all time.