Tom Paxton and the DonJuans 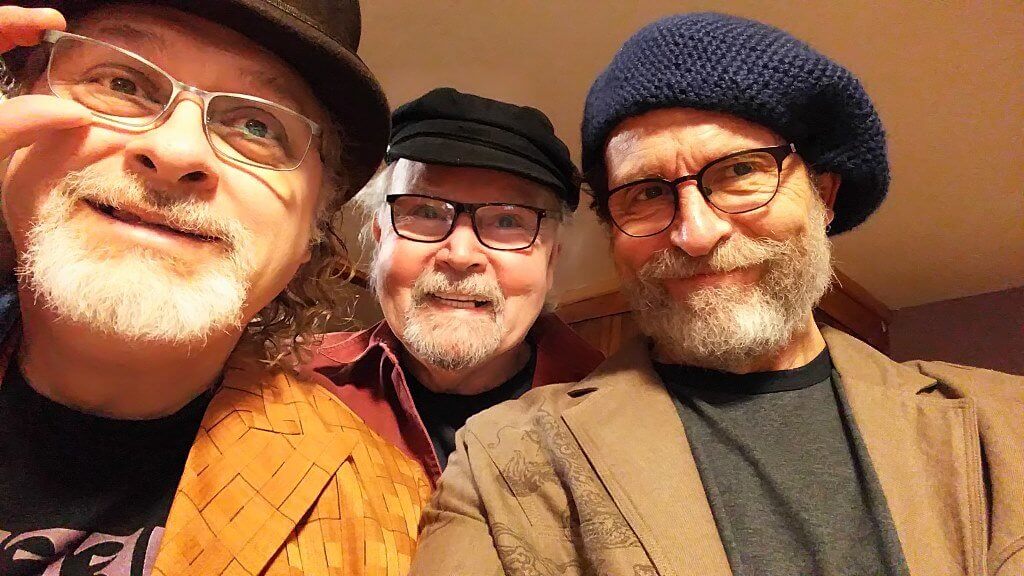 After 56 years of performing around the world and writing and recording innumerable songs and recordings, Tom Paxton has found yet another outlet for his creativity with The Don Juans. Tom’s career has taken him from his days as a drama student at The University of Oklahoma to thousands of concerts in a variety of venues––from coffee houses in Greenwich Village to The Albert Hall in London to Carnegie Hall in New York; from festivals in Hong Kong to Denmark, from Tokyo to Oslo. He has recorded over 50 albums of his own songs.

“Thirty years ago Tom Paxton taught a generation of traditional folksingers that it was noble to write your own songs, and, like a good guitar, he just gets better with age.” -Guy Clark

Ray Charles, Conway Twitty, the Oak Ridge Boys, T.G. Sheppard, John Conlee and Kathy Mattea are just a few who have recorded songs written by Don Henry, and Don and Jon Vezner received song of the year awards for co-writing Mattea’s critically acclaimed hit, “Where’ve You Been”. In 2013 Miranda Lambert had a hit with Don and Phillip Coleman’s song “All Kinds Of Kinds”.   At Don’s shows, everyone leaves humming, because Don Henry songs stay with you.

Grammy award-winning songwriter, Nashville-based Jon Vezner is a tunesmith of rare sensitivity and dry wit. His catalogue of recorded songs reflects his straight-to-the-heart sensibility and emotional awareness. Vezner weaves the particulars of his own feelings with the lives of people he has known into universal themes that deeply touch listeners’ emotions.

“Jon Vezner writes about the details, the details of our hearts and feelings. His gift is in speaking to these ordinary things which connect us to one another. And in recognizing their simple beauty, he transforms them into something extraordinary.”— Mary-Chapin Carpenter

Host Eric Gnezda is also the creator of the American Public Television series, Songs at the Center, now syndicated to more than 170 stations coast-to-coast. A regular performer at Nashville’s famous venue for songwriters, The Bluebird Café, Eric was awarded the Ohioana Citation for Music Composition in 2006. His latest CD is Songs of Hope in a Changing World. gnezda.com