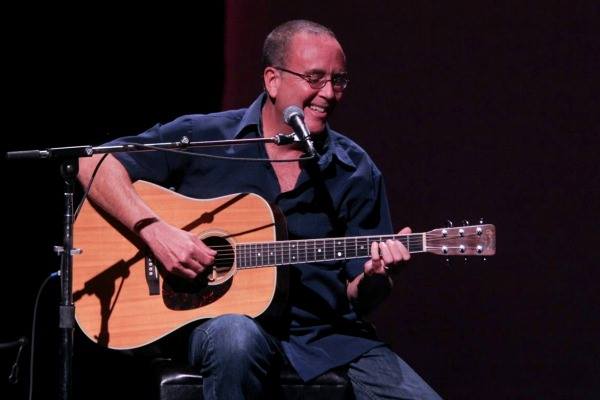 Tony Arata is best known for writing one of the most inspiring—and top-selling—country songs of all time, “The Dance,” recorded by Garth Brooks. Garth has recorded seven of Tony’s songs, and Tony also wrote No. 1 records for Patty Loveless, Lee Roy Parnell, and Clay Walker. Other artists who have recorded Tony’s songs include Reba McEntire, Bonnie Raitt, Trisha Yearwood, Emmylou Harris, and Delbert McClinton. He appeared on the locally produced and nationally syndicated music television series Songs at the Center, created and hosted by Eric Gnezda. Tony will be joined by special guests Parker MacDonell and Keith Larsen.

Parker MacDonell has been using his original songs, voice and acoustic guitar to communicate with audiences for years.  A veteran of the Los Angeles club scene and college student unions across the United States, Parker has released four recordings: Miracle on Broad Street with Matt Munhall (2017), The Present Tense (2012), Looking For You (1985) and Home to the Heart (1983).

Keith Larsen was selected twice to the Songwriter’s Serenade, finishing as a finalist and semi-finalist, and his song “Hold On,” won the People’s Choice Award in the Nashville Songwriters Association International/Country Music Television songwriting competition. He recently headlined a solo concert at the prestigious Blue Rock Artist Ranch and Studio, in Texas, and  also appeared in the current season of Songs at the Center.