Trad Nua Celtic Series: One for the Foxes 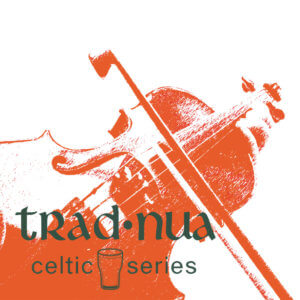 Natalie’s is proud to announce the debut of Trad Nua, a new Celtic series sponsored by Zaftig Brewing Company. Rooted in the rich tradition of Irish and Celtic music but also with new influences, the series presents a variety of traditional acts often juxtaposing old styles with new influences, local and international artists and featuring traditional instruments. The shows are hosted and coordinated by Irish musician Randy Clepper. This first concert will feature One for the Foxes, an exciting & dynamic new transatlantic trio presenting a tasteful blend of Irish, American and other folk music from around the world. The group is made up of Dublin’s Tadhg Ó Meachair (Goitse), Galway’s Dave Curley (SLIDE) and Denver, Colorado’s Joanna Hyde (The Hydes) and features a mix of Irish and American folk music and song – both traditional and newly-composed – presented in an energetic and engaging manner.

Their performances strike a tasteful balance between the stories found in ballads across both sides of the Atlantic and the respective instrumental music traditions of these places. Award-winning instrumentalists each in their own right, Dave, Tadhg & Joanna take a unique twist on the diverse strengths of their individual backgrounds, weaving between traditional melodies, their own composition, and songs from the broader folk canon. The results are highly personalized and thrilling in their daring and forthright grasp of the material. Through a shared deep-rooted passion for Irish traditional music, this trio highlights the vital role of Irish traditional music as an origin of many styles of American folk music.

Zaftig Brewing Company, Worthington’s only craft brewery, has graciously signed on as a sponsor! Brewing has a rich tradition too while new ideas and influences allow for experimentation and the creation of some really amazing beer. Zaftig will be using those elements to create unique brews just for this music series!