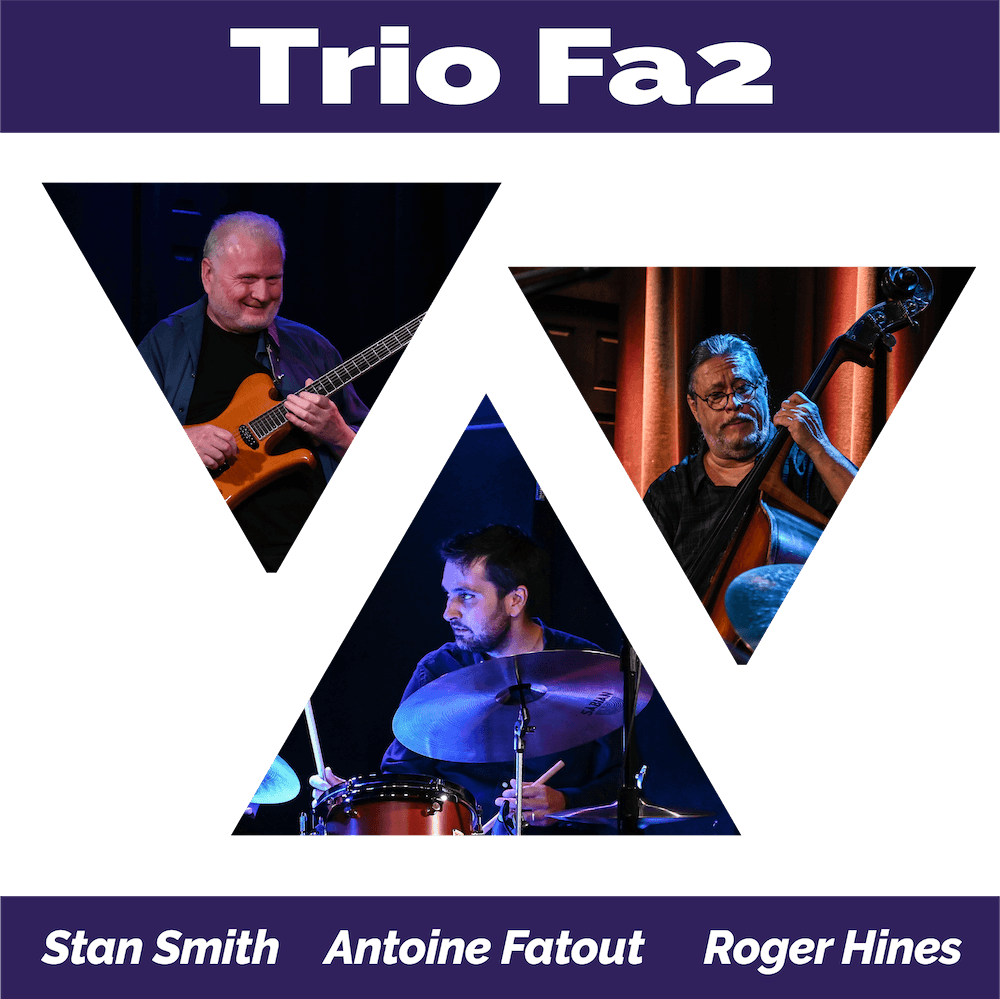 Trio Fa2, featuring Stan Smith and Roger Hines celebrate the release of their debut CD for this special show on Natalie’s stage! The trio features original music and personal arrangements of French and American Jazz standards. Bandleader Antoine is originally from Normandy, France, and came to Ohio after studying at the Berklee College of Music with the top musicians of the jazz and Latin music world. Arriving in Columbus from Boston, he met Roger and Stan, with whom he has developed a new musical identity and a great friendship both on and off the stage.

Stan studied at the Berklee College of Music in Boston and later moved to L.A. where he studied and performed with Brazilian composer Moacir Santos. Since returning to Ohio, Smith has been a part of the Columbus music scene as a performer and a member of Capital University’s Conservatory of Music. Roger Hines has toured extensively as musical director for Grammy Award-winning jazz vocalist Diane Schuur, as well as bassist and music director for the legendary Ray Charles.

Trio Fa2’s debut self-titled CD is the culmination of more than a yearlong collaboration between these 3 musicians. Most of the rehearsing was done during the beginning of Covid in Antoine’s garage! They are thrilled and proud to present this musical project of their most favorite tunes, in which they collaborated with the spirit of a love for music and the desire to keep playing during the uncertain times we have all experienced.