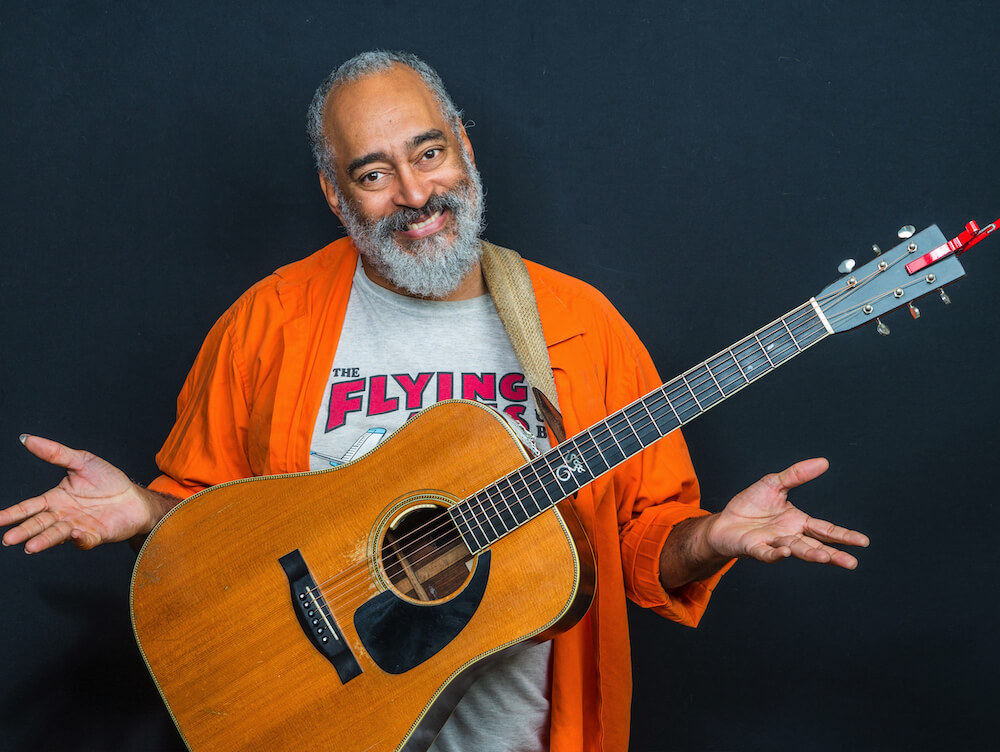 Like all great artists, Vance Gilbert truly happens live. In fact, he developed his reputation with his jaw dropping, diverse, funny, devastating, and gorgeous live performances. Arlo Guthrie, Anita Baker, the late George Carlin have all requested Vance to be added to their bills. He makes memorable music, as evidenced by the thirteen albums he’s released so far, as well as the mark he’s made on the acoustic music scene in general. He’s recorded with his good friend Ellis Paul and shared stages worldwide with Aretha Franklin, Shawn Colvin, the Milk Carton Kids, and any number of others.

His remarkable rapport with his audiences and his free-spirited performances inspired one critic to hail him as “a folkie trapped in a vaudevillian body”. This phrase comes to full fruition on his most recent record “Good, Good Man”, recorded with an A-list support cast that includes Chris Smither and Tommy Malone (of the Subdudes).