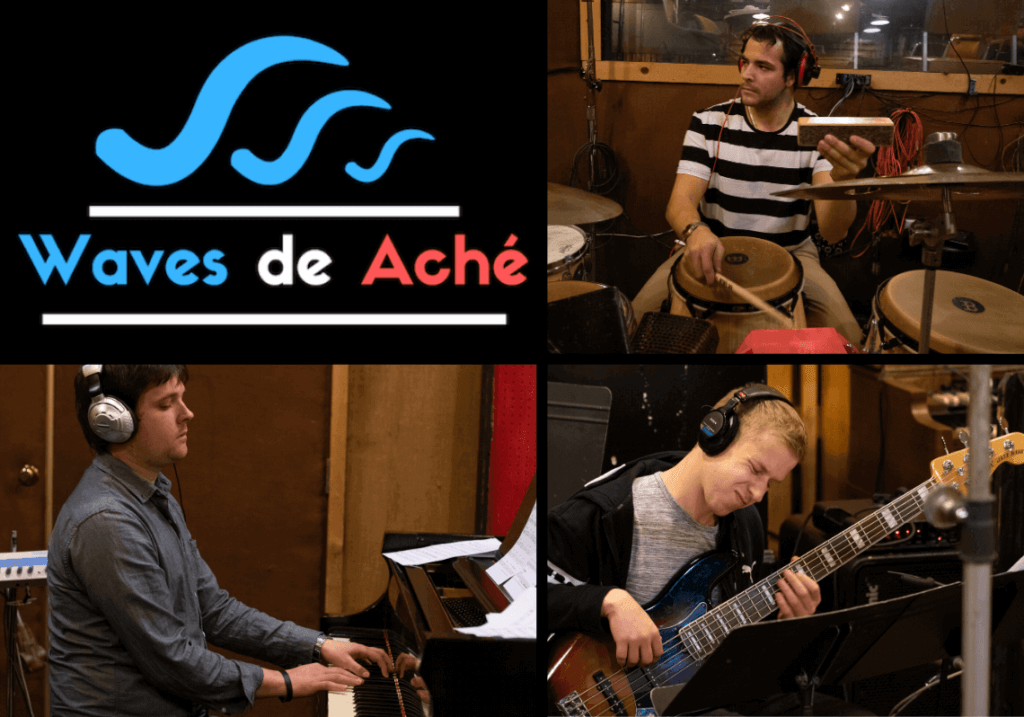 Making minds and bodies move since 2018, Waves de Aché is the musical journey of a couple Ohio boys raised on rock and hip-hop, who studied jazz and then fell in love with the music of Cuba. Rooted in tradition, yet looking to the future, Waves de Aché stays true to themselves while diving deep into the multitude of musical cultures across the Americas.  Aché, a term from the tradition of Santeria, refers to a mystical life energy that defies human description and must be experienced to be understood. Labels such as salsa, samba, timba, swing, and jazz can be used to describe the music of Wave de Aché, but at its essence, it’s a celebration of human life.

The core of the ensemble is bassist Will Strickler, drummer/percussionist Max Marsillo and pianist Ben Maloney.  The group began as a part of Strickler’s 2018 Artist-in-Residency at the legendary Columbus jazz bar Dick’s Den, performing arrangements of tunes by artists such as Hilton Ruiz, Poncho Sanchez, Chucho Valdez and more. In spring 2019, Waves de Aché released their debut studio album of all original compositions, titled Forward Motion.