Webb Wilder and the Beatnecks 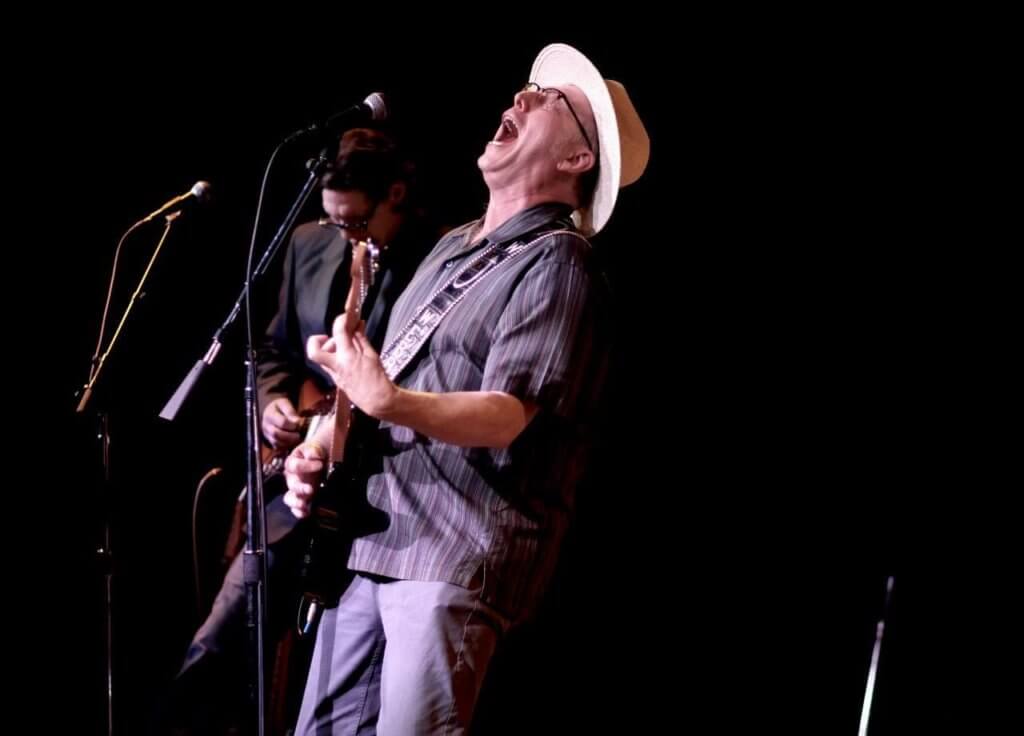 Webb Wilder & The Beatnecks have been cranking out their own kind of Southern Rock and “ROLL” for the USA and the world since 1985. The band’s energy and intensity is well exemplified by the heretofore unreleased, vintage tracks contained on POWERFUL STUFF!, its latest recording for Landslide Records. A potent mixture of roots rock, Americana, blues, and British influences, the album presents timeless live and studio tracks, many of which were produced by R.S. “Bobby” Field, a founding member of The Beatnecks, split equally between original songs and distinctive cover renditions, all of which inexplicably escaped release back in the day.

Webb Wilder is an evangelist for real Rock ‘n’ Roll. As a singer, guitarist, bandleader, film actor, songwriter and humorist, he may be roots-rock’s only true Renaissance man. POWERFUL STUFF! will no doubt find favor with Webb’s devoted legion of fans, but its affecting songs and masterful performances are sure to bring many newcomers into the fold. In listening one can hear a marvelous encapsulation of things right and righteous, wistful yet wild, strange at times but always strong. Garage rock and bluster blues. Fuzz-tone and fury, and, in many ways, a full and unbroken circle back to the days when Webb Wilder was a Mississippi boy “possessed of the mind of a full-grown man,” listening to first Elvis and Rick Nelson, then Beatles, Byrds, Stones, Kinks, Animals, Buffalo Springfield, Faces, Badfinger, The Move, Free, The Band, B.B. King and so many others.