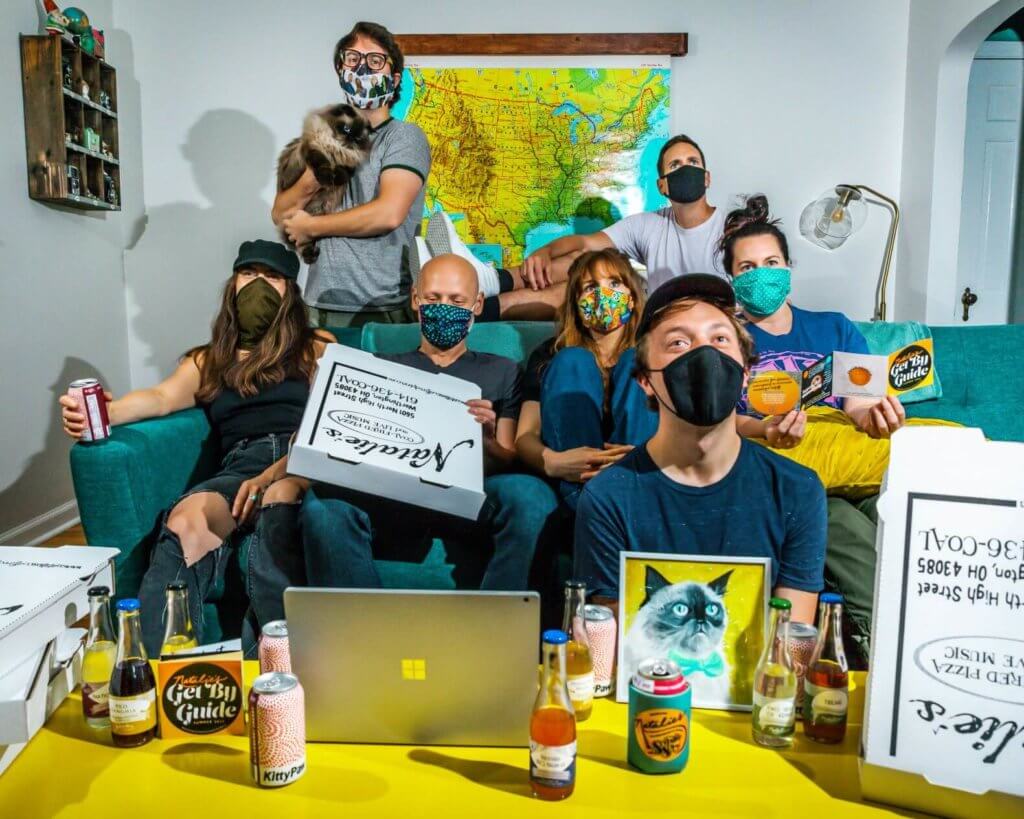 Celebrate Natalie’s 8th Anniversary with this special live stream of Hoodoo Soul on our video screen and sound system. Due to limited capacity,  Hoodoo Soul will be performing outside at Natalie’s new location in Grandview, and will include the performance of the song “With a Little Help From My Friends.”  The music video of that song created by Friends of Natalie’s will be screened to kick off the evening. Your free reservation comes with a champagne toast and one complimentary “Get by Guide” per table.

Hoodoo Soul Band began as a side project for several seasoned veterans of the Columbus music scene who wanted an outlet to play Funk and Rhythm and Blues with a horn section. In January of 1995, these players started a weekly residency at Oldfield’s on High (now under a new name) and it quickly became the “place to be” for Columbus, Ohio music scene junkies. In 2008, the group found a new home for their residency at Rumba Cafe on Summit Street and the crowd followed.

Primarily a cover band, Hoodoo is known for curating a unique setlist while giving each song its own original treatment. The players effectively turn soul songs into standards which they deconstruct on the fly, improvising new arrangements in front of the crowd, and introducing audiences to funky, unfamiliar gems that quickly become crowd favorites. Most of the group is still made up of the original members but new blood has been introduced over the years. At any given show the line up may change with only the very best players in the city subbing in. The focus is music and the standards are high. Hoodoo Soul has also been direct support for world-class acts passing through Columbus such as Parliament and Ray Charles among many others.