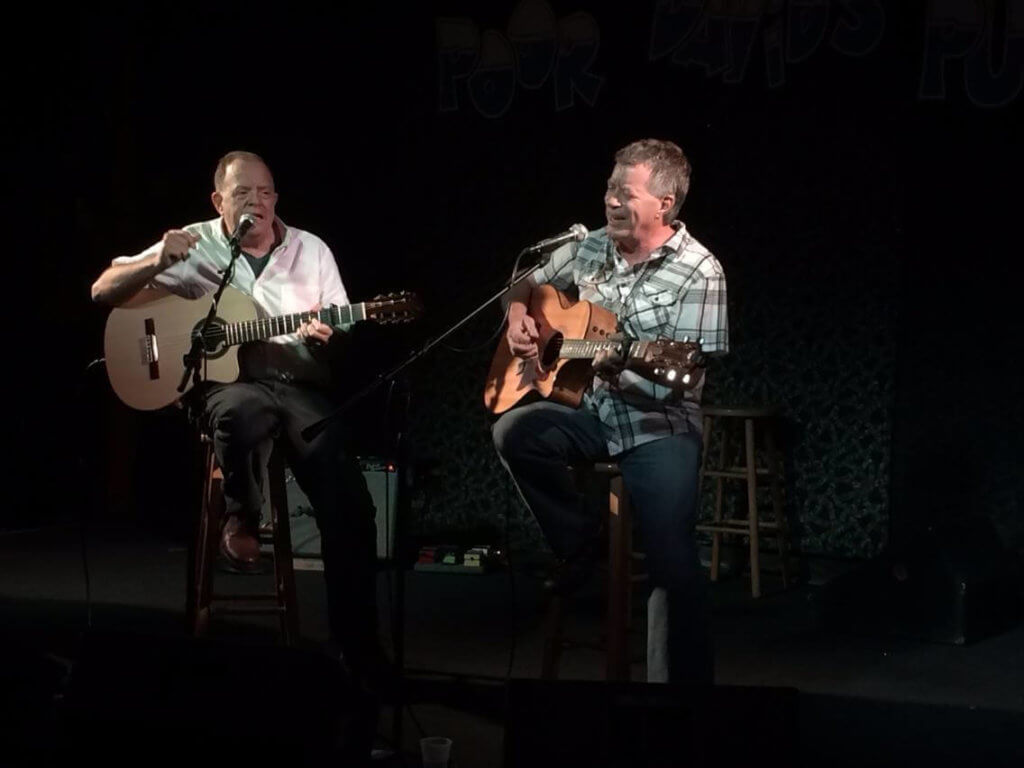 York & Hawthorne, better known in central Ohio as the 1970’s acoustic-harmony duo T & M Express, take the stage at Natalie’s for a special matinee show. Tim York and Michael Hawthorne first teamed up in the mid 1970’s and toured around the country, performing at the Kerrville Music Festival and many other events and venues. Now based in Austin and Dallas, Texas, they re-connected and began to collaborate again, this time as York & Hawthorne. The duo spend time writing and performing mostly in the Austin and Dallas area, and are having fun playing together again with their accumulated life experiences and music skills. Don’t miss this rare opportunity to hear them at this special reunion concert!