Performances from our staff to your home!

It seems like a lifetime ago when Evan was a busser/barback here and I was loosely aware that he was in a band. The general reaction was, “yeah yeah, you and everyone else, but I need that keg tapped.” Long story short, Evan is now traveling the world performing sold out shows and his bussing days are over. Even though the man packs Red Rocks, when Covid hit he was one of the first to reach out to offer to help in anyway he could. He’s soft spoken, has great style, is downright grateful for his experiences (with a stoic humility,) exudes genuine kindness and he selflessly helped us deliver pizzas the first week we were open after the shut down.. We couldn’t ask for a better “banjo man” to be in our corner. “Yesterday”, performed by Evan Westfall.

One of the things that makes our employees amazing and unique is that many of them are working musicians. Unfortunately, that means they’re taking a double hit right now, as they can’t serve, cook, bartend or perform. We’d like you to imagine you’re walking by on a beautiful afternoon and happen across one of these talented musicians pouring their heart into their music … and maybe, just maybe, the sound pulls at your heart strings and makes you reach for your wallet… 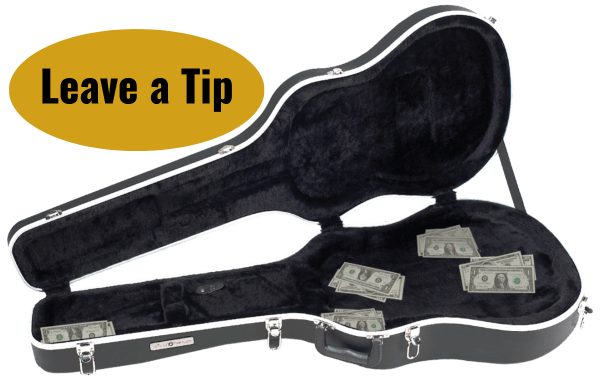 All tips will be divided evenly between our front of house and back of house staff.

Troy Kunkler joined the Natalie’s family in March of 2016, and to this day, I think Troy is one of the most talented people I’ve ever been close to. I know I’m a better person in the company of his kind and patient being, and when he plays music he somehow still transcends his own amazingness.  When I look back on this community we’ve created at 5601 N. High St. that is Natalie’s Coal-Fired Pizza and Live Music and The Light of Seven Matchsticks, I can say with 100 percent certainty that Troy was a huge part of building this. I honestly dread the day he moves on to something else and hope that even as we age, he’ll still agree to work a shift here and there..even if it’s just waving to people at the front door.

I’ve been putting off posting Troy’s video because I didn’t think I could find the words to explain the value he brings to not only our business, but to every single employee..and me. Troy has been one of those hires that you look back on and say, “where would I be without him?” All the special moments we’ve had, Troy has had a hand in, and faithfully brought music to most of them. Going away parties, my parents wedding anniversary, Derrick’s wedding reception, Helling Yeah!, surprising my Mom with a song on her birthday, crowd surfing Corin, (one of our most beloved bussers, at his going away party,) holiday parties, baby shower hoot nannies, creating the “Natalie’s House Band,” our staff basketball game, rowdy nights at Rumba for HooDoo, taking our staff band pot luck extremely seriously (he bribed the judges), he even willingly played the part of weird love counselor for one of our Valentine’s Day parties at Matchsticks, and he performed Willy Wonka’s Tunnel from Hell monologue to open for the Popgun Halloween celebration and knocked it out of the park. I always tell him I fear we are under-utilizing his talents. A month before shutdown we began a series titled, TroyTalks®, because this man needs the spotlight, but for now, TroyPlays! …I know, I know, I know, it doesn’t have the same ring to it.

Lee Tucker has been described as dapper, charming..he works at Men’s Warehouse for God’s sake..an honest, adventurous, man of balance, magnet of love, kind hearted man. “The most charismatic bearded Italian trumpeter you ever did meet.” We could go on and on, but the jist is this: it feels good to have Lee around. Lee is a founding member of Booty&theKidd and can also be seen with HOT TONIC, a jazz fusion orchestra, with Josh Hindmarsh and Victoria Woods. He has been working at both Natalie’s locations and we fight over who gets him on the schedule. An original song by Booty&theKidd, “Honeymoon.”

Taylor DeVault sauntered into Coal-Fired roughly 7 years ago to inquire about a gig, and ended up leaving with a job. Between serving, gigging and painting work (at all three locations,) he’s been part of the family for longer than most. Taylor is a look-you-in-the-eye-wear-your-heart-on-your-sleeve kinda man whose entire being comes to life the moment he picks up a guitar. He recently said, “if shit goes down, I’m only taking my guitars.”

A few years back he took some time off to explore, climb mountains and even tried his hand at a day job, until he called to see if we had a place for him at the Grandview location. I can’t tell you the comfort that comes with knowing a man you love and respect is back in the saddle.. especially when you’re about to embark on your riskiest venture yet. An original song by the man who should never put down his guitar, “Too Far Gone” by Taylor.

The restaurant industry is known for being a hot spot for misfits and creators, and our own Darren Whiteker may be one of the more interesting misfits we’ve had in our kitchen since joining us in March of 2018. Darren is a notoriously prolific songwriter, a non-conformist man-about-town and (those who know him best have even described him as) “an inflamed hemorrhoid.” Their words…not ours.

He’s no stranger to public performance, as he can be seen in The Hale Bop Group and Marvin the Robot, and since Back-of-house isn’t typically known for being worthy of a PG Rating, we waited until a more risqué hour to debut this latest installment of our Employee Busking Series, an original song by an inflamed hemorrhoid”Kiss a Stranger”

Miracle Mathis has been a member of the Natalie’s family since she dove in headfirst and helped us open Natalie’s Music Hall & Kitchen in Nov 2019. Miir with her unwavering kindness is the host and first face you see when you walk in the door. Don’t be fooled by her soft spoken nature, because “Miir” the artist has that old-soul patina with a neo-soul glow. While she winks at luminaries (like Erykah Badu or Lauryn Hill,) her style is completely her own.

Her EP “Miiror of Solitude” can be found on all streaming platforms and if that’s not enough to make sure you don’t let her out of your sight, then, Ladies & gentlemen, check out the second video from our Employee Busking Series, an original song “Coast” by Miir.

Parker Louis has been a member of the Natalie’s family since the summer of 2018 when he became an easy fit behind the bar at The Light of Seven Matchsticks. At arm’s length, it’s hard not to fall for his instant charm, genuinely warm personality, and swoon-worthy flowing locks as he stirs both your desires and your cocktails. Look a bit closer, and you’ll see that Parker Louis [the artist] is a voice with an ability to stir souls by giving every bit of his own into everything he does. He’s easily, one of our cities’ best ambassadors of art, music and truth. In addition to his amazing albums and shows (under his own name,) he fronts The Pocketbooks down at Matchsticks the last Sunday of every month. As an artist and a bartender, he’s been getting “No Love, Lately.” Ladies & gentlemen, “What a Wonderful World” by Parker Louis